7 Things You Need to Know About Medical Malpractice Lawsuits 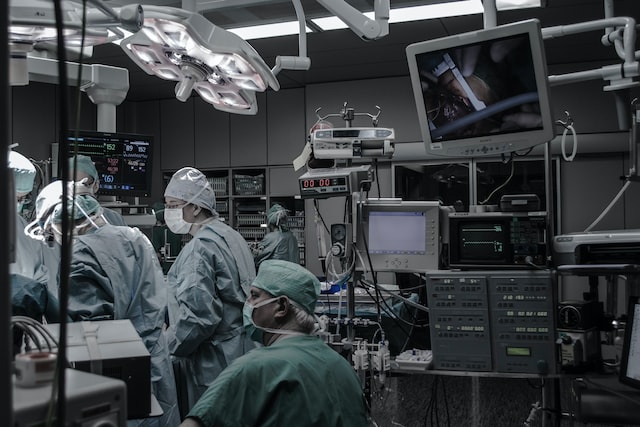 Too long, too expensive, too tough--there are a lot of misconceptions when it comes to medical malpractice lawsuits. Some people are worried about how long the suit will take and whether they should expect anything at all; others expect huge settlements and conclusions in months.

As ever, the reality lies somewhere between the two (and it's why you should speak to experienced medical malpractice lawyers before taking any sort of decision).

In this article we'll tell you some things you may not know about medical malpractice lawsuits (and hopefully dispel some myths).

1. The Payout Will Be In the Millions, Right?

Our neighbours in the south have to take some blame for this. The large medical malpractice payouts in the United States (not to mention their courtroom dramas) give an impression that every patient receives multi-million dollar compensation.

Courts in Ontario will award compensation for your pain and suffering, loss of future income, care, and more, but not like they do in the U.S. The largest medical malpractice award in Canada is around $15 million.

2. You Aren't Just Going Up Against the Insurance Company

Around 95% of doctors in Canada are members of the Candian Medical Protective Association, an organization funded by doctors to defend doctors in medical-legal actions. The CMPA brings with it a "$5 billion war chest" used to cover doctors' legal fees and even the compensation that patients will receive.

That's why working with a well-resourced, experienced team of medical malpractice lawyers is essential for the success of your case.

3. There is a Time Limit to When You Can Bring Your Case

Ontario's Limitations Act sets a basic limitation period of two years from the time you knew or ought to have known of the material facts that give rise to your claim.

If you don't file your claim within two years there are some exceptions that will allow you to commence it after the two-year deadline, although the law is very strict on this issue.

4. Alleging Malpractice Isn't Enough, You Need to Prove It

Like any personal injury lawsuit, medical malpractice claims must prove that the doctor was negligent in their treatment. You will need to prove four essential elements to succeed in your claim:

It's why medical malpractice lawsuits involve medical and technical experts who can speak authoritatively on each of these aspects.

5. Think the Odds Aren't in Your Favour?

Misdiagnoses, medical errors and negligence lawsuits can have serious financial and professional consequences, which is why hospitals and doctors fight claims aggressively.

That doesn't mean it's a case of justice denied for patients. The CMPA's own numbers show that though doctors won more cases than defendants, over ten times more cases were settled with plaintiffs.

Investigating claims, building a case, getting expert medical opinions, and court hearings can mean cases can take a significant amount of time to decide. The president of the OTLA told The Star, "The time it takes to settle even the clearest of cases is just too long for innocent patients."

Cases can be expensive too, what with lawyer fees, medical experts, and legal costs. That's where contingency fees, better known as "no win, no fee", can help. It allows patients to pursue claims without the added burden of unexpected legal costs.

7. There's No Replacement for Experience

You need to give your medical malpractice claim the greatest chances of success, and that's where experienced medical malpractice lawyers come in. A knowledgeable team will help you make well-informed decisions, laying out your options and guiding you on next steps.

At Neinstein, we do just that. You will work with compassionate lawyers who provide realistic advice, and leverage the full resources of one of Toronto's largest medical malpractices to advocate for you.

Book a free consultation to discuss your case.