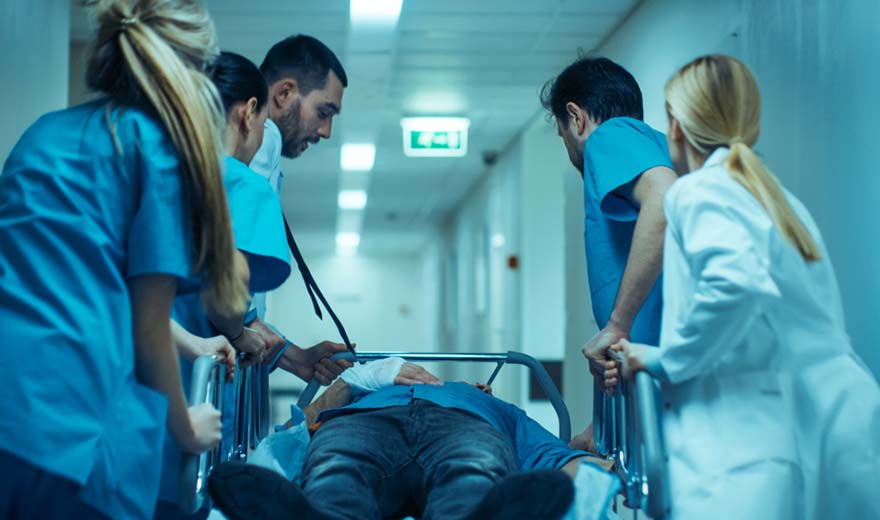 Personal injury and medical malpractice lawyers have been concerned about Ontario’s hospital overcrowding issue for several years. Overcrowding puts hospital workers under added pressure and forces them to treat patients in what the province calls “unconventional spaces” such as hallways, staff rooms, and supply closets. This environment jeopardizes safety by putting patients at risk of infection, misdiagnosis, medical errors, and other accidents.

“For our staff who work in this environment, they would describe it as constantly working under crisis,” said Mary-Agnes Wilson, Executive Vice President and Chief Operating Officer of Mackenzie Health, which runs Richmond Hill hospital, to the CBC.

Unfortunately, there is no reason for medical professionals, medical malpractice lawyers, or Ontario’s patients to expect improvements. Hospital overcrowding is caused primarily by two issues. The first is a lack of acute care hospital beds. Over the last two decades, Ontario’s population has grown by about three million; the number of acute care beds has remained unchanged at about 20,000, according to the CBC. No other province has fewer beds per capita.

The second issue is a lack of alternate care resources. Roughly one-in-six hospital beds are occupied by patients who don’t require acute care but can’t be discharged alone. These patients should be placed in long-term care, home care, or another continuing care setting, but space is simply not available. In September 2019, there were around 5,300 such patients across the province, according to numbers provided to the CBC by the Ontario Hospital Association.

Ontario’s population is both growing and aging rapidly. The provincial government has pledged to ease hospital overcrowding and put an end to hallway medicine, but its efforts have had little impact so far. For the foreseeable future, patients who are affected by overcrowding will have to endure extended wait times and treatment in hallways.

If you or a member of your family has been injured in a medical setting, contact Neinstein Medical Malpractice Lawyers today to schedule a free, no-obligation consultation with our team of experienced medical malpractice lawyers.