Support Sarbin Farej and Her Family 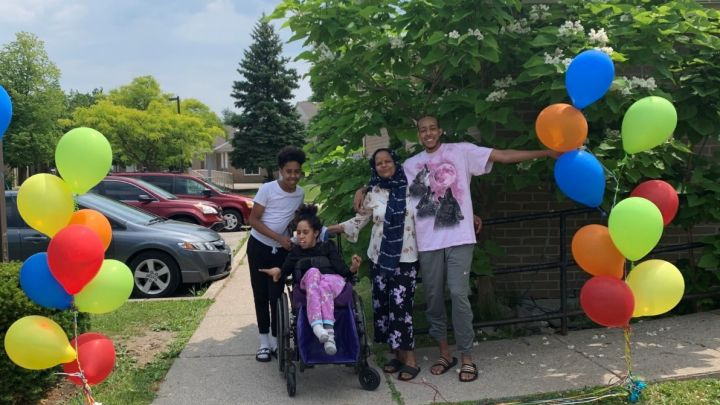 In January, Duncan Embury, head of Neinstein Personal Injury Lawyers’ Medical Malpractice Group, launched a GoFundMe campaign in support of Sabrin Farej, an obstetrical malpractice client who has been unable to access compensation for the injuries she suffered at birth. In less than one month, the campaign has raised $35,350 out of its $50,000 goal.

Sabrin’s lawsuit alleges that the obstetrician responsible for her delivery breached the standard of care by failing to immediately perform a Caesarian section. Instead, the doctor twice attempted, and failed, to perform the delivery using forceps. Sabrin was delivered on the third forceps attempt, but it was admitted that during the repeated forceps attempts, Sabrin was  not receiving sufficient oxygen to her brain, and Sabrin suffered massive, irreversible brain damage.

It is alleged that the doctor breached the standard of care in six sequential ways. It is also alleged that he failed to ask for, or obtain, consent from Sabrin’s mother, Amara.

Sabrin is now 13 years old. She requires awake and observed care 24 hours a day and is fed through a gastrostomy tube. Despite these challenges, Sabrin is aware of her surroundings and knows and loves her family: Amara and her two brothers, Murad and Monti.

With the exception of an overnight nurse who used to visit regularly before the pandemic, Amara, Murad, and Monti are solely responsible for Sabrin’s care. They receive limited support through subsidies, and are without the help of Sabrin’s father, who passed away in 2015. The family faces enormous financial and logistical challenges, which Sabrin’s lawsuit sought to mitigate.

The trial judge delivered her decision in July 2020.  Sabrin’s claim was dismissed. The judge ruled that the doctor had met the standard of care, but failed to rule on most of the breaches that were alleged.

The trial judge’s decision has been appealed, and Neinstein will continue to represent Sabrin until the end. However, medical malpractice cases rarely progress quickly; and it will likely take many months before Sabrin’s case is heard by the Court of Appeal.

Our goal is to provide Sabrin and her family with some of the financial support that a more desirable trial decision would have produced. We are hoping Duncan’s Go-Fund me page can do just that.

Visit our GoFundMe page to support Sabrin and her devoted family. Donations of any size are welcome.